As we write this, the crisis generated by the new Hurricane Iota is still unfolding in Honduras. This morning, Honduras woke up to another major disaster less than two week after the last one, Hurricane Eta. Many people still do not have electricity or signal on their phones and even more people have had to flee their homes. 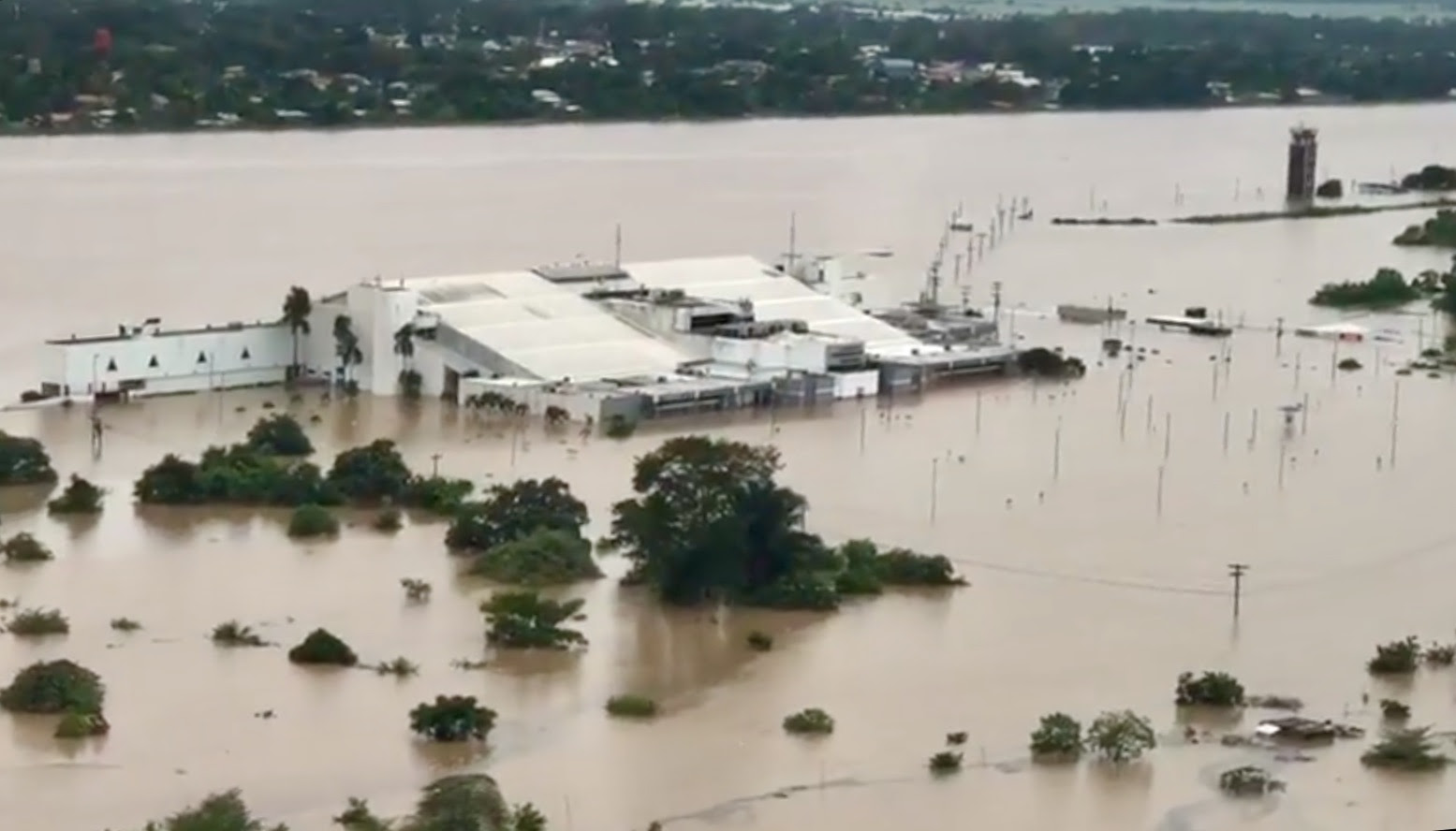 Only the people save the people! Click here to support!

More flooding has affected nearly the entire country causing even greater displacement of people in the Valle de Sula region and the department of Colón. We are still checking in with groups around the country to evaluate the damage and the need for help. Although people haven’t been able to recover from the ravages of Hurricane Eta two weeks ago, the support from people like you has made a difference in the lives of so many people in Honduras.

While the government of Juan Orlando Hernández has worsened the catastrophe through a combination of inaction as well as obstruction of aid and emergency help, your donations have been put to work supporting grassroots and community-based organizations.

Your solidarity has materialized into support for Afro-indigenous grassroots groups like the Black Fraternal Organization of Honduras (OFRANEH), small farmer groups with a national and regional presence like the National Farm Workers’s Federation (CNTC), coffee cooperatives, regional popular organizations like the Coordinator of Popular Organizations of the Aguan (COPA), support for youth groups like Paso a Paso, and the Movimiento Amplio por la Dignidad y la Justicia (MADJ), amongst others. All of these groups work directly with communities that were flooded, forced to flee, and are directly responding to the humanitarian crises generated by the hurricanes.

Your donations have also been sent to women’s groups in the El Progreso region that have formed a large community kitchen and food bank for shelters and children’s orphanages. Money has gone to boat rescue and evacuation teams that go into the water to rescue people from their rooftops or take their trucks in to help people evacuate their houses. Another team is taking supplies to affected families in the La Lima, Baracoa, and La Planeta areas where some families couldn’t or didn’t want to leave their livelihoods, their homes, or their rooftops.

Your solidarity is more important than ever! Click here to donate! You can also support by spreading the word! 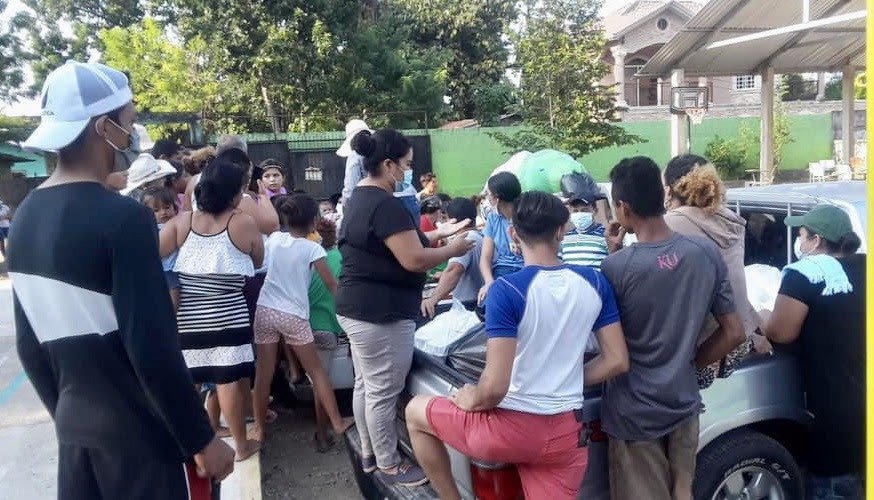 This is the relief and support team led by women in El Progreso, northern Honduras. They’re buying and preparing food, and packing up supply bags to take to shelters and communities affected by the flooding.  Their home base has turned into a support hub for people in the area. Photo Credit: HSN.

Hurricane relief and response is so difficult when there is widespread mistrust of government institutions. Honduran sources insist that any aid sent through the Honduran government and the disaster management institution, COPECO, will be used to promote President Juan Orlando Hernández’s National Party in next year’s elections. Corruption scandal after corruption scandal has made the true intentions of the government very clear: public money is to be stolen to benefit the wealthy. It hardly ever will reach the people that need it the most, even when disasters strike. 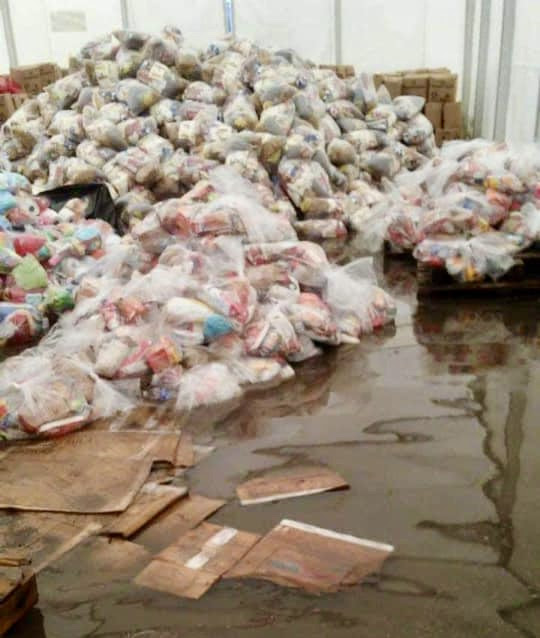 Honduran authorities left boxes and bags of food and supplies donated by El Salvador and others in a flooding warehouse in Choloma.

From the US-led military interventions in Central America, to the US-backed coup and the impacts of Juan Orlando’s narco-dictatorship, it’s been the people on the streets, the organized resistance, the national movements and the local and regional collectives that have materialized the meaning of the phrase “only the people save the people”.

We’re all that we have and we’re all what we need. Today we are asking for your continued solidarity and support. The emergency is far from over and your contributions are making a difference.

THANK YOU SO MUCH FOR YOUR SOLIDARITY AND SUPPORT! 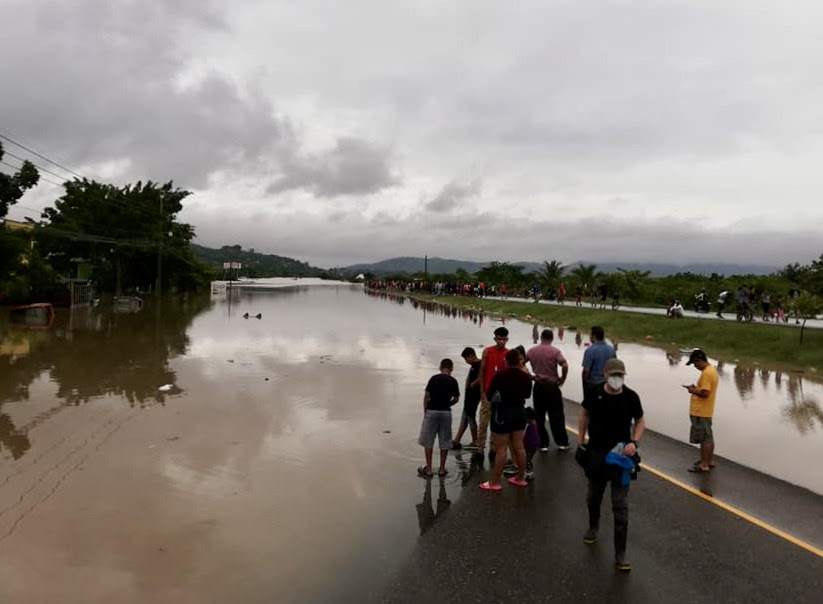 For live updates on the situation in Honduras, please visit the pages of the Honduras Solidarity Network on Twitter and Facebook, and the Alliance for Global Justice on Instagram.

2020: Racism, Repression, and Fightback in the USA

NicaNotes: A Conversation with Leaders of the Mayangna Nation (Part Two)

Solidarity with the People of Haiti! End US and UN support of Haitian dictator Jovenel Moïse!